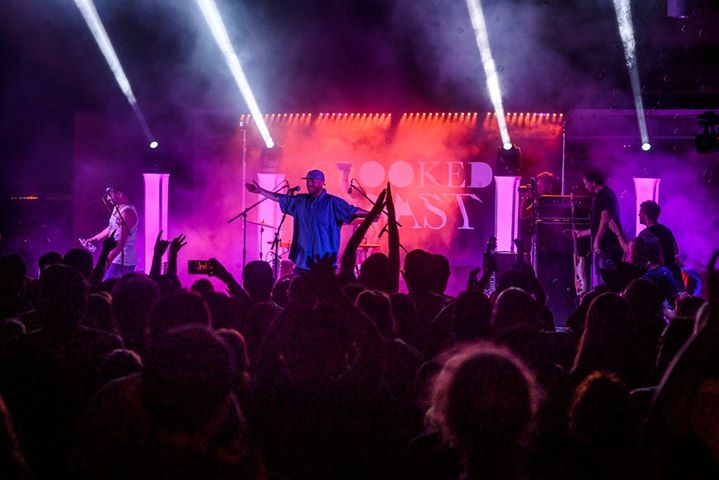 Hailing from Cape Cod Massachusetts, a place known for celebratory summers and harsh, bleak winters, Crooked Coast has distilled this juxtaposition of sun soaked days and bitterly cold nights into a joyful explosion of modern rock. With equal doses of indie rock riffs, reggae rhythms, hip hop flows and pop melodies, the resulting effect is both original and familiar. The band’s dynamic catalogue of material spanning four albums has earned them a die hard fan base.
During the summers they held down popular residencies on the Cape and Islands where a constant influx of travelers introduced them to fans from all over the globe. The winters found them touring the and east and west coasts as well as beyond the U.S. borders.
The band blurs the line between music and visual art self producing striking videos and an extensive line of merchandise.
Their recent singles Juju and Summer find them exploring new sonic territory and reaching more new fans every day.